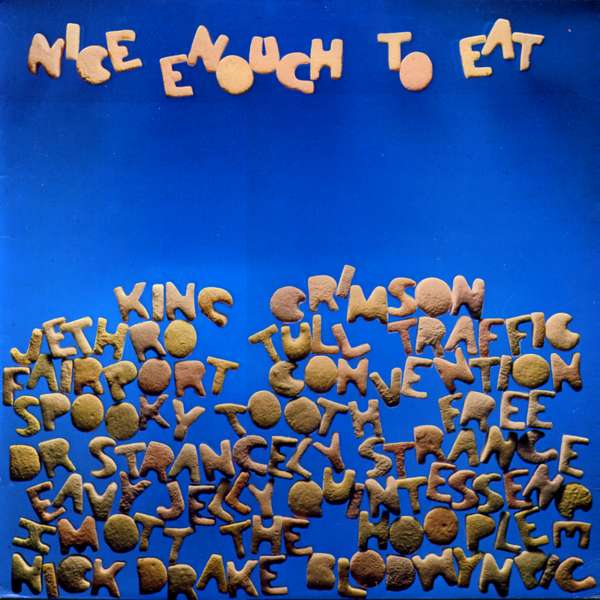 Released in 1969, "Nice Enough to Eat" was the second of the samplers released by Island Records. Like the other samplers of the time, the record was priced at roughly half the price of the albums sampled on the disc and gave the record buying public a chance to hear music they would not generally hear on the radio. And in this case they may have got the first opportunity to hear the sublime music of Nick Drake.

The selection is rather incoherent, with rock, pop, folk and prog but it works, and makes for an enjoyable listening as a 1969 equivalent of a mixtape.

All the tracks made it from vinyl to CD, and you can see where here.